On Tuesday morning at 7, the stream flow across the beach was 3 feet deep and about 6 feet wide. The city crew had left the floating boom in place on the mauka side of the bridge to minimise trash from upstream being taken out to sea. A large area of sea foam had built up on the surface around the bridge, with most of it contained on the makai side of the bridge because of the floating containment boom.

By the morning of Nov 22, it had closed with the lake level at 1.85 feet. The high surf, and strong onshore winds may have been a factor in the relatively short opening, despite the good-timing and the height of the lake.

Below is a series of photos taken during this opening. 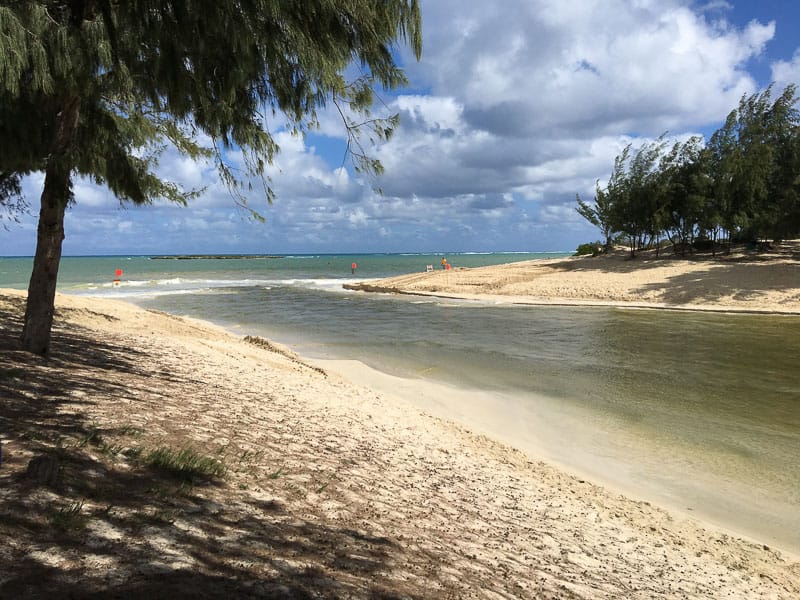 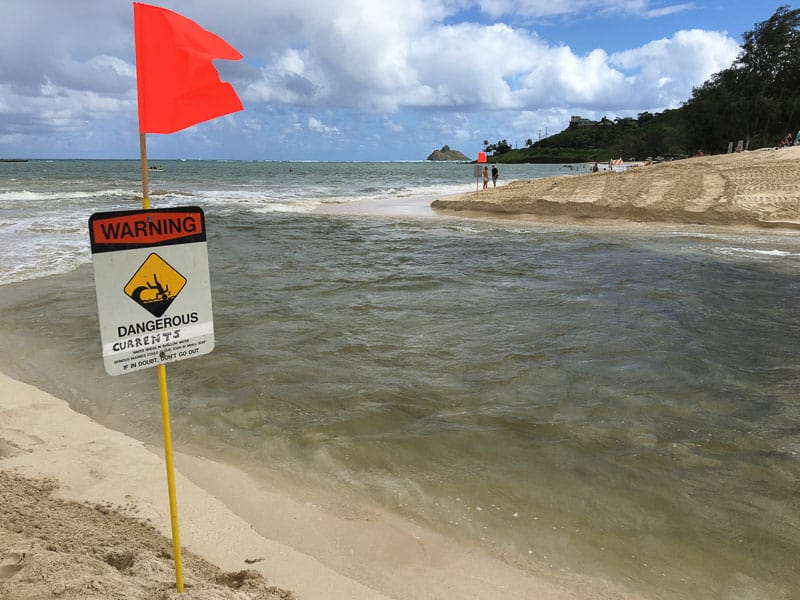 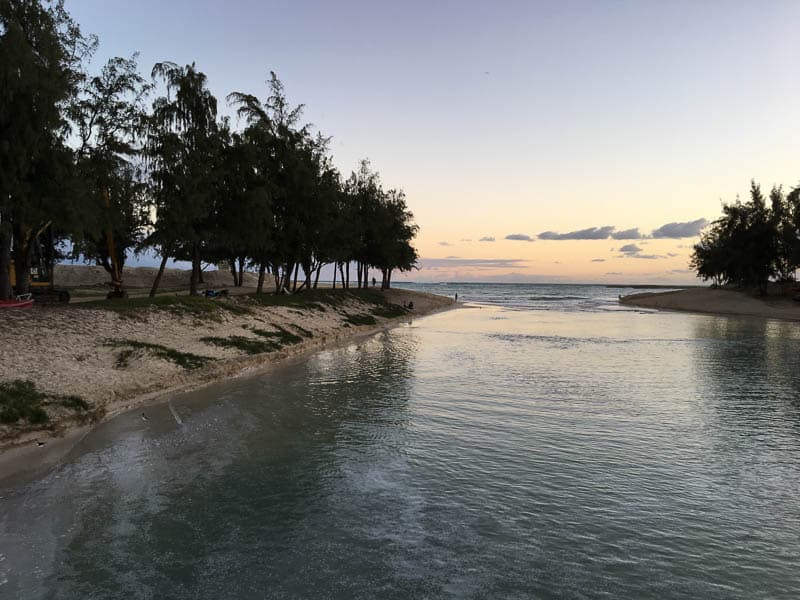 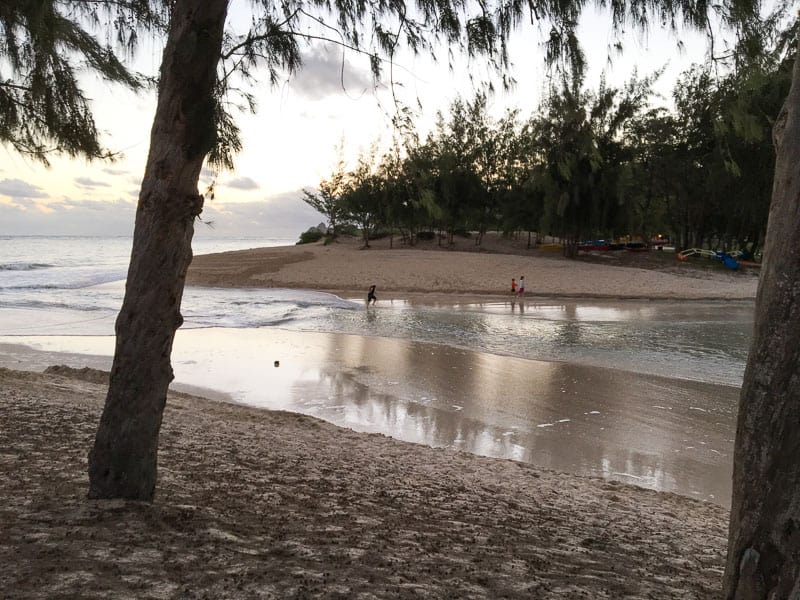 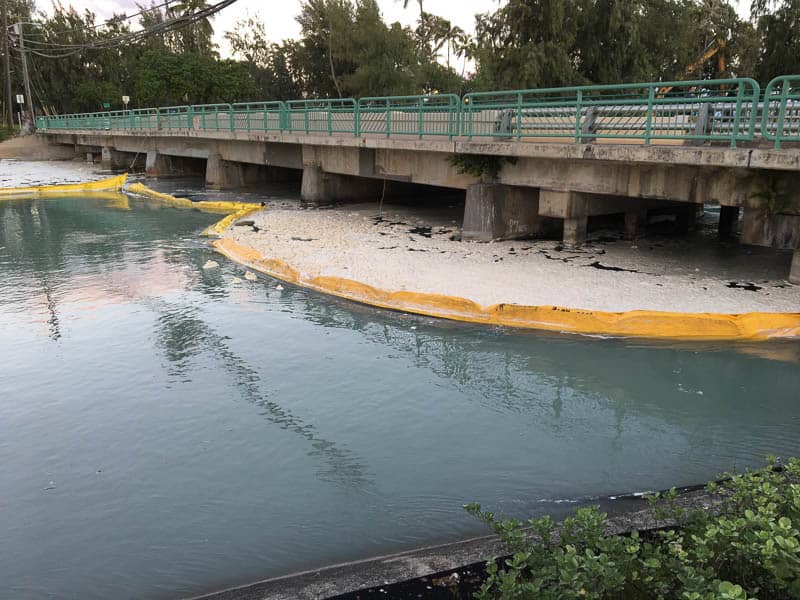 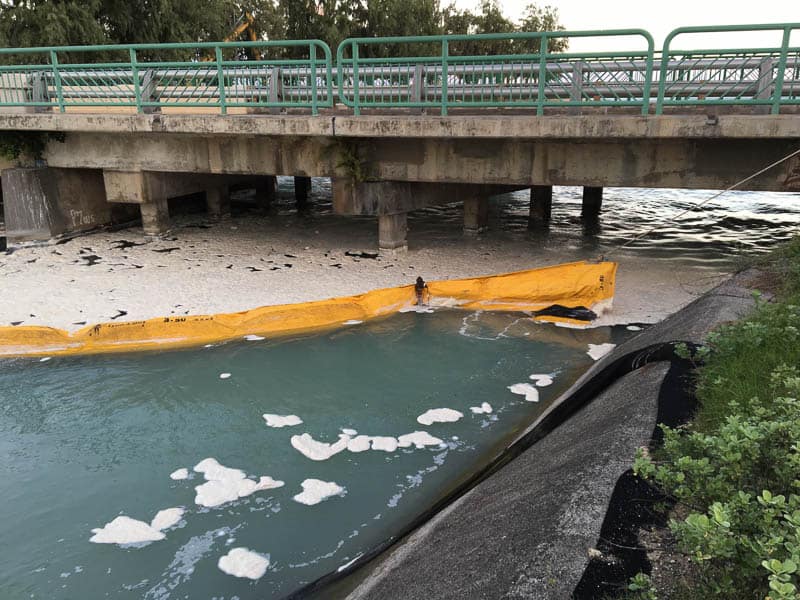 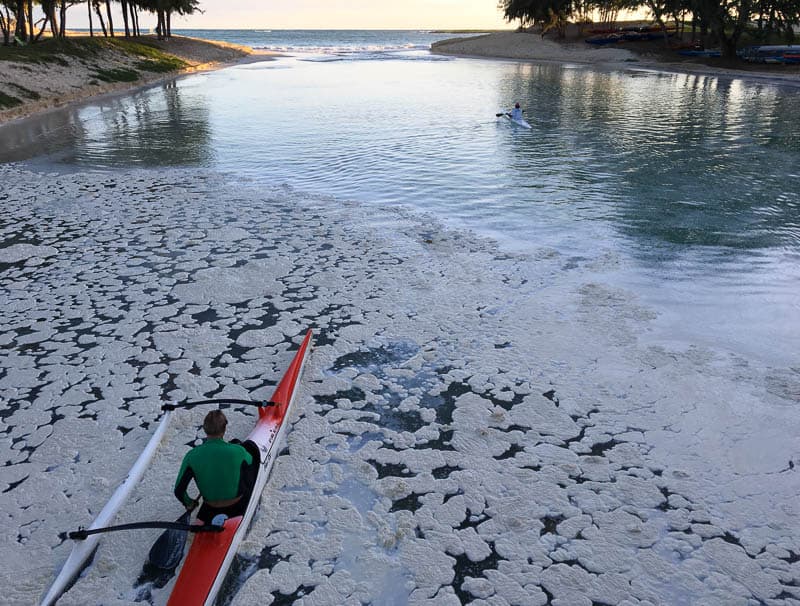 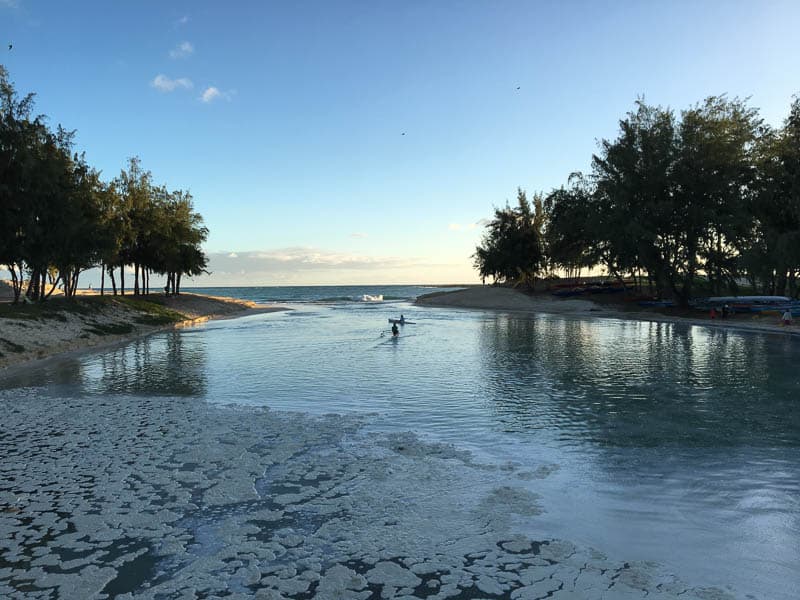 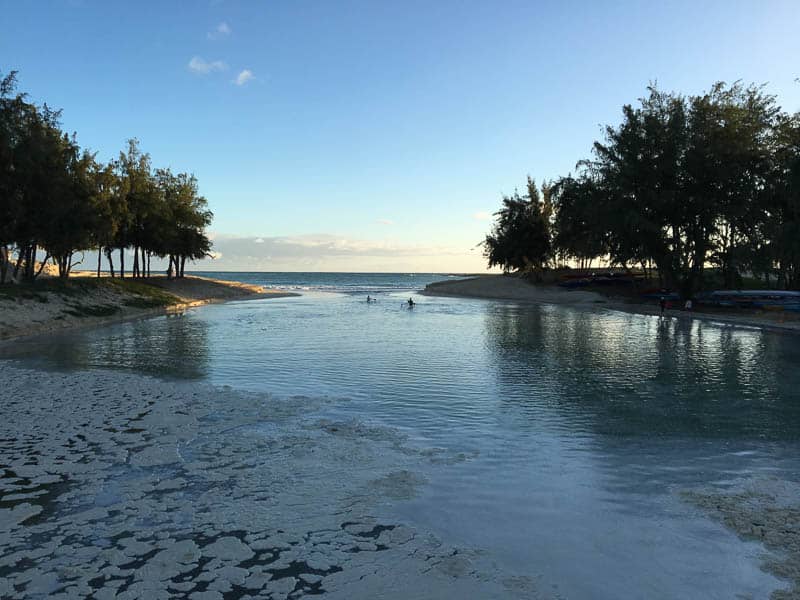 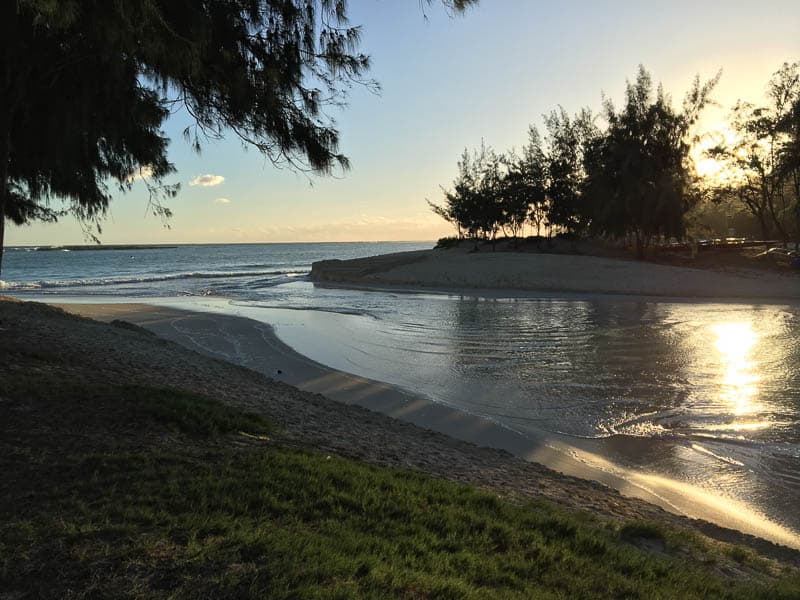 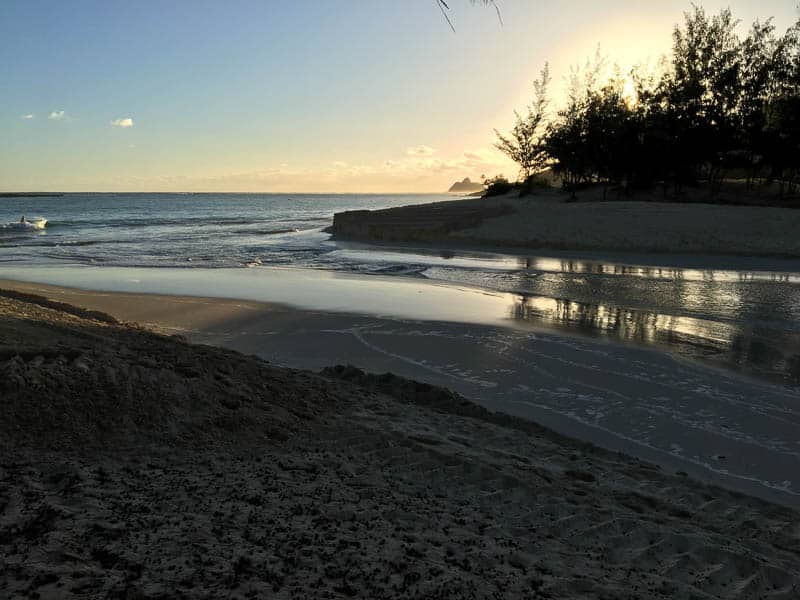 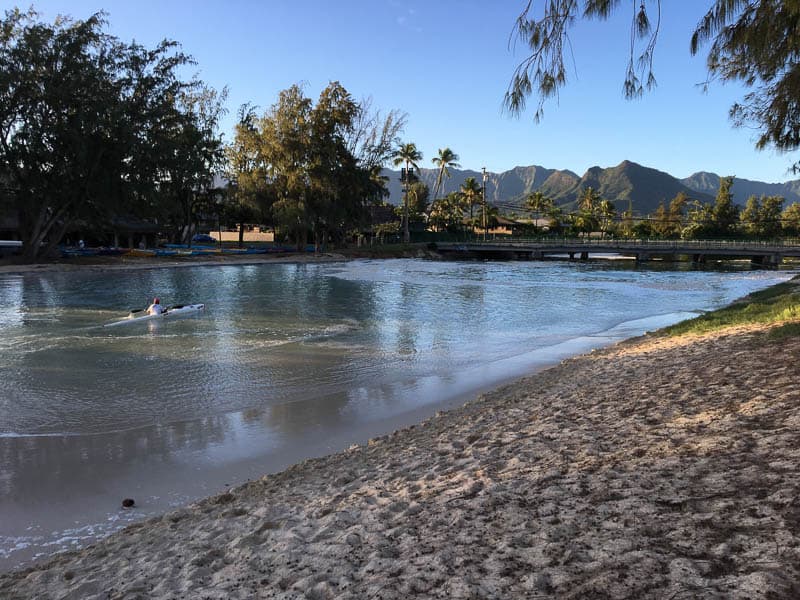 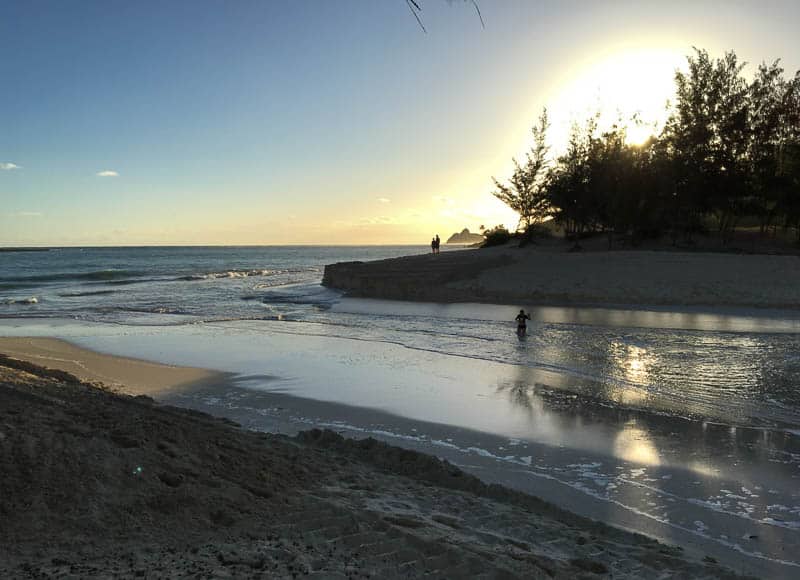 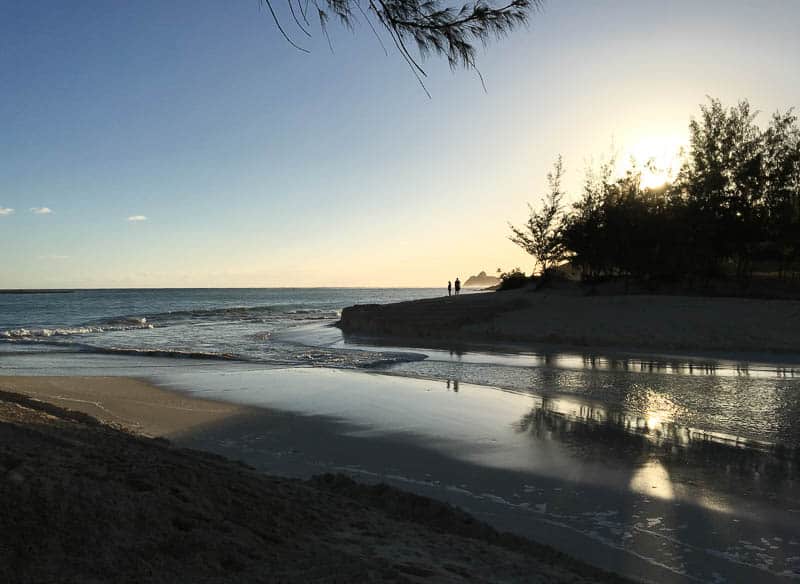 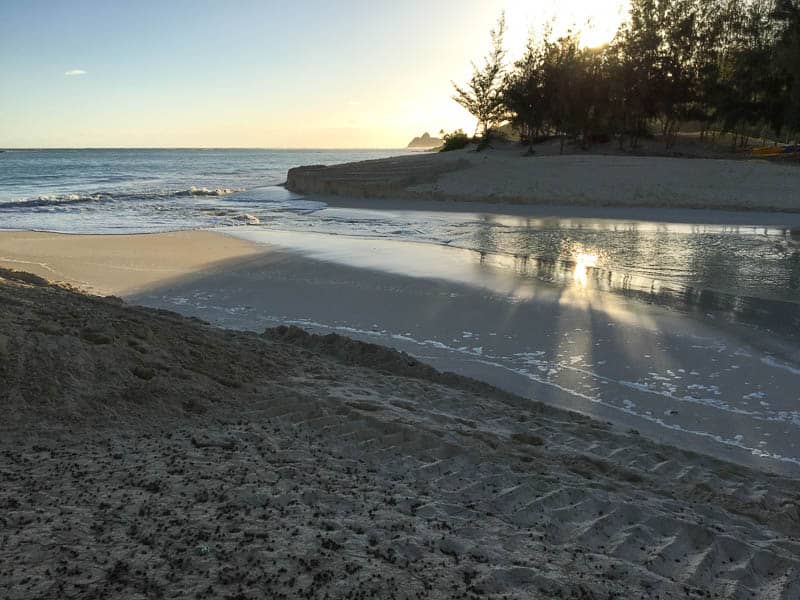 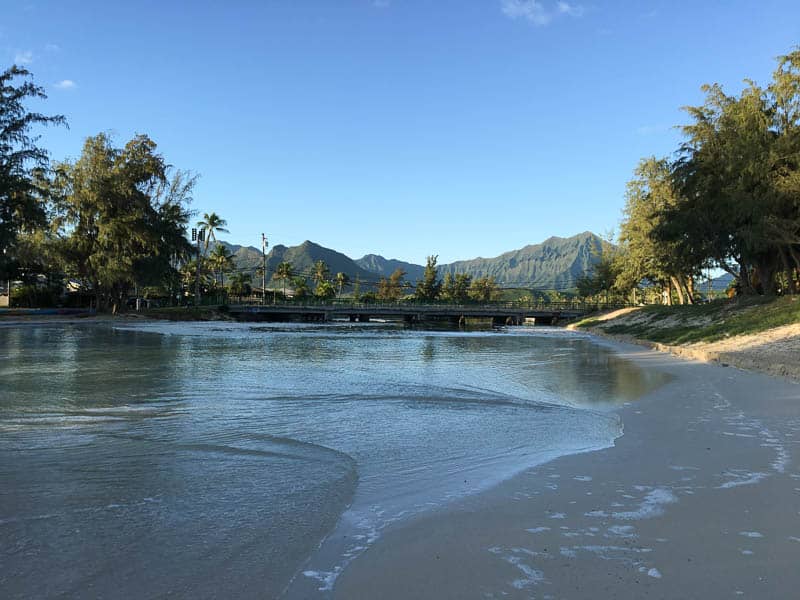 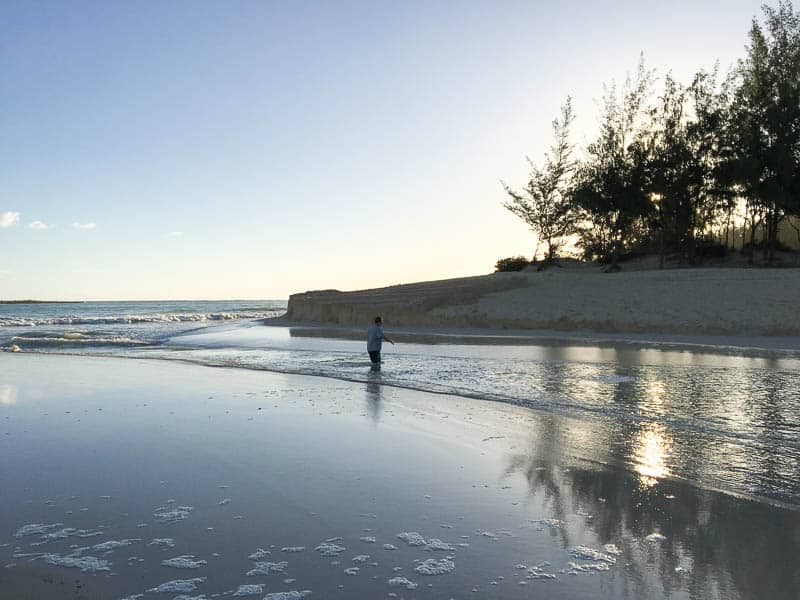 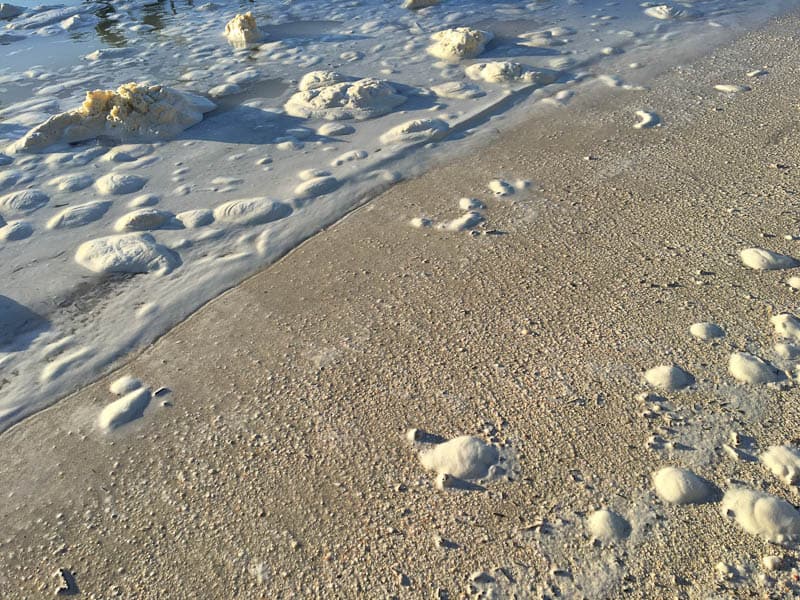 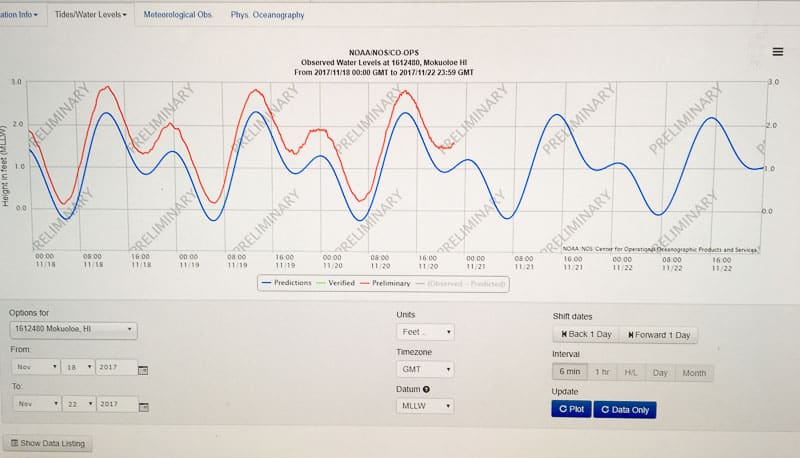 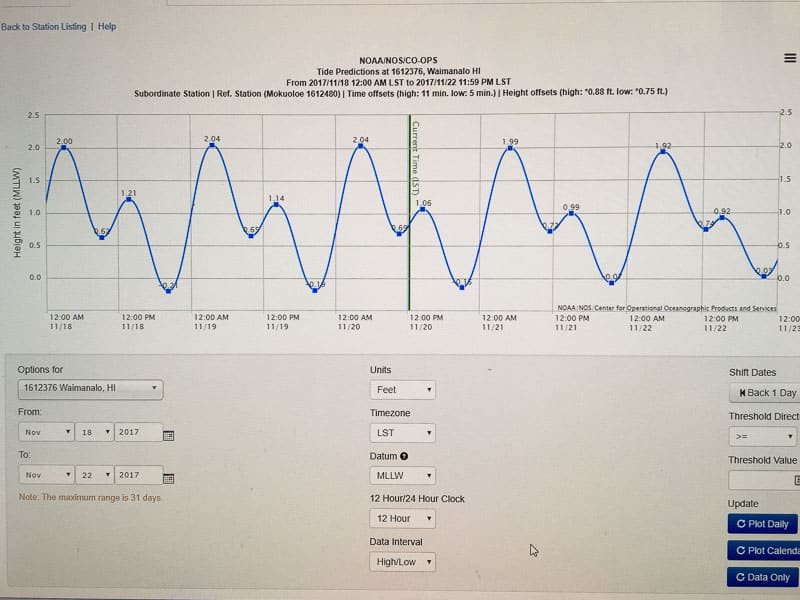 The opening at a Glance